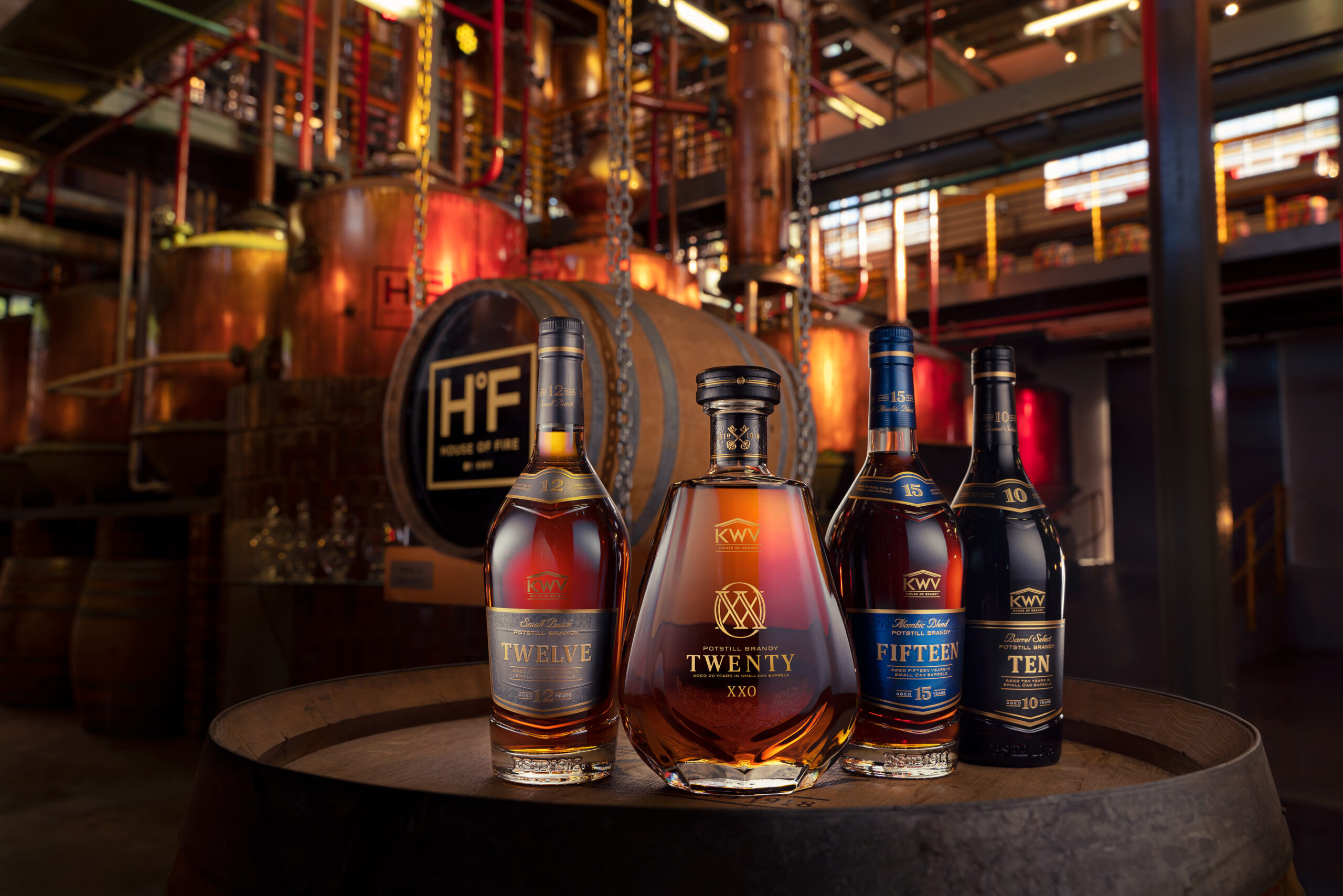 The quality of KWV Brandies has been reaffirmed following the unveiling of results at the
authoritative, UK-based International Spirits Challenge (ISC) this week.

Arguably South Africa’s top producer and one of the most consistent world champions, KWV was awarded five medals for its brandies, including three Double Golds.  In total, six double golds were handed out to brandy and cognac producers at the event.

KWV walked away with half of them. KWV was also the only South African producer receiving more than silver.  Double Gold went to the Paarl-based producer’s KWV 15, Héritage XO Cognac and KWV 20.

Gold medals were awarded to KWV 10 and KWV 12. “Naturally, we’re chuffed about the recognition these brandies have once again received from a respected panel of international judges,” says renowned KWV brandy master Pieter de Bod.

“With South African brandy celebrating its 350th anniversary this year, this achievement shines light on our industry as well as the work of the team that year after year produces these award-winning brandies from KWV.”

The ISC is among the most influential spirits competitions in the world, not only for its rigorous and independent judging but also scale. Receiving thousands of entries from nearly 70 countries worldwide makes the ISC a truly global event and KWV Brandy’s regular appearance on its podium of champions, so significant.

In 2019 alone, KWV Brandy was named Producer of the Year in the Brandy and Cognac category across the ISC and International Wine and Spirits Competition (IWSC) for a staggering fourth year in a row. In 2017, the IWSC also named KWV 15 the world’s best brandy.

All of KWV’s winning brandies are time-honoured expressions of the master brandy-makers’
art that begin life as quality fruit whose juice is then fermented, distilled in Alambic potstills
and matured in French oak barrels. KWV Héritage XO Cognac is a blend of the finest “Extra
Old” Cognacs, aged between 12 and 30 years and earning this Cognac its XO designation. It is
blended by KWV, in Cognac France, in partnership with the French House of Charpentier.